Many parents never know that babies have different types of food. They just feed them with whatever is in their house and think they're okay because the baby isn't complaining about it. However, most babies would actually be crying or fussing because they don't like what adults eat and serve to them. For this reason, we'll tell you more about 4 baby food stages so you can start feeding your little one correctly.

Every parent will need it when introducing solid food to their baby. The 3 baby food stages are what you need to know, whether or not you are an expert in feeding babies. Every parent has a different idea of what the best foods are for their kid to eat.

Unfortunately, they're wrong because babies have different nutritional needs than adults do. So it's important that parents research what kinds of food are appropriate for their children before just serving them normal table food that they eat with the rest of the family members.

When should you introduce solid food?

Parents will need to understand the 3 baby food stages in order to keep their little one healthy. This is because babies should start eating solid food when they turn 6 months old. Parents who don't know about baby feeding might accidentally give their 6-month-old infant baby food that has chunks of fruit or vegetables in it since they probably think it's okay for them to do so.

The truth is that these kinds of foods are dangerous for infants, and the child may choke on them. So it's best to wait until age 6 months before you can start making your own homemade food for your kid.

At this stage, you can feed your kid with cereals or pureed vegetables. The baby may or may not take to this kind of food. If the kid doesn't like it, don't worry because they will eventually pick up on it in time. For best results, mix these kinds of foods with breast milk that you have expressed for them so the kid won't reject the solid food that you're offering.

These are the first solid foods your baby will eat. The first foods you should give your child are iron-fortified infant rice cereal mixed with breast milk or formula. It's important that you mix the cereal with breast milk or formula at this stage because babies need more fluid than anything else in their diet. Iron is very essential for babies to absorb since they may not be getting it through other sources like vegetables and fruits.

AAP suggests always consulting a pediatrician before giving your child any kind of food, especially if the kid isn't feeling well. Some pediatricians also recommend that you give your baby an iron supplement at this stage to ensure good nourishment for them as they learn to enjoy solid foods. 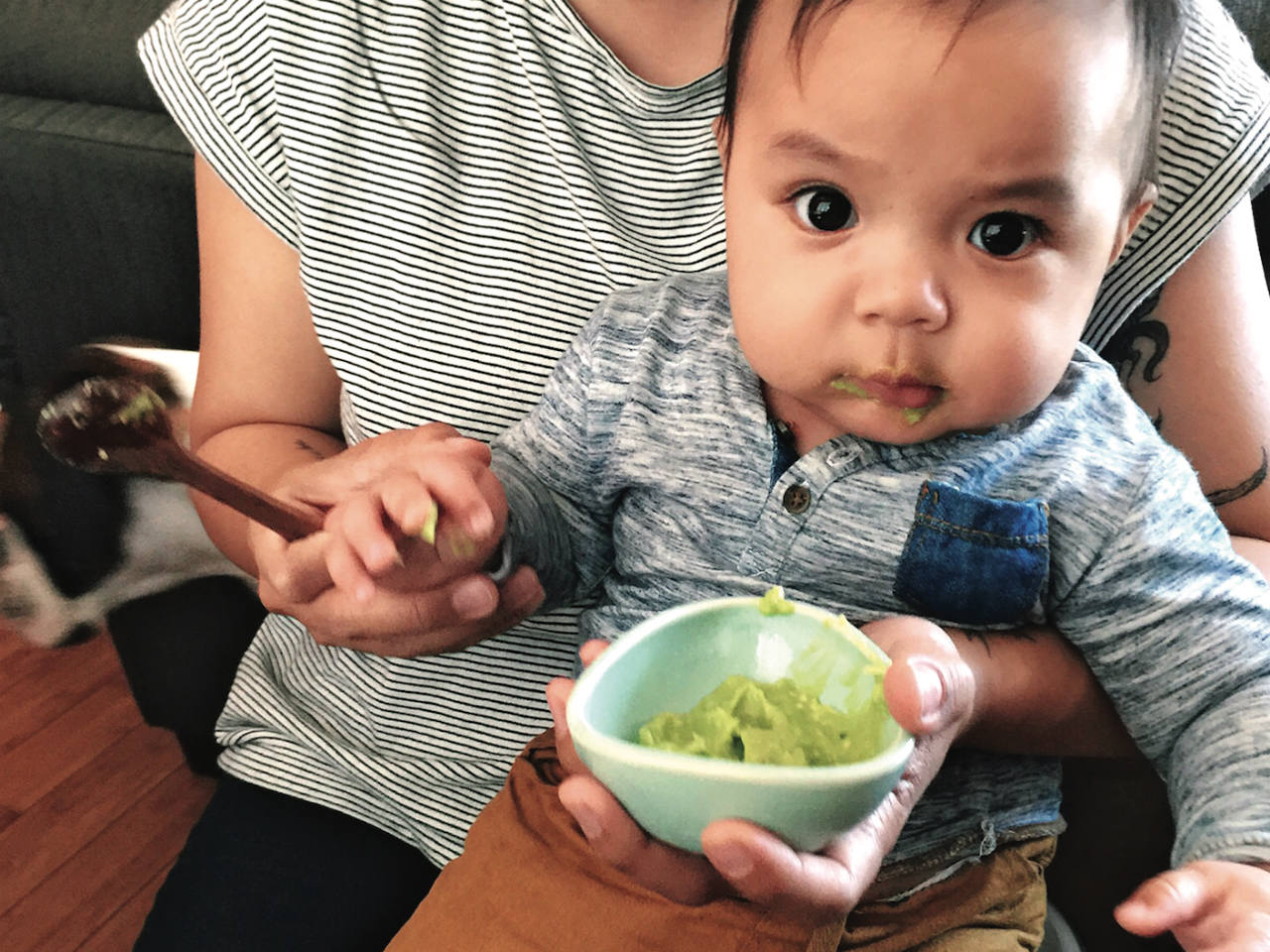 At this stage, babies can now eat pureed fruit and vegetables along with cereals. You have to keep in mind that you have to mix these kinds of foods so they won't reject it from being too chunky or from tasting sour because of the natural acids present in fruits and vegetables.

According to the American Academy of Pediatrics (AAP), an infant is ready for their first taste of solid food when they turn 6 months old. Before then, it's highly recommended by pediatricians to give your baby only breast milk or infant formula.

However, now that they are 6 months old, you can now start introducing solid foods into their diet. Solid food isn't necessarily for snacking on but rather as an addition to complement the nutrients that aren't being obtained from just breast milk or formula alone.

How do you know the baby is ready after the first stage? Well, although breast milk or formula is highly recommended for up to six months, there are still proteins and other nutrients that babies may need. It's best to give your baby food with good nutrition like iron after they turn 6 months old so they can enjoy their first taste of solid food.

At this stage, you can now start adding mashed meat into the mix. However, it's important that you don't just go ahead and serve them just any kind of meat because there are some kinds that could cause an allergy in infants. For example, if your kid has a family history of allergies, then avoid feeding them foods with chicken at this point in time until further notice from your pediatrician.

Baby at this stage can eat almost any food, chew it well, and won't easily spit it out. The food they eat can be mashed and cut into small pieces, but it shouldn't be too soft since the kid needs to chew well for good digestion. Foods that you can give them at this point include ground turkey or beef, cooked egg yolk with no traces of raw egg whites, and cheese.

Now your baby is almost an independent eater. However, there are still some kinds of food that you should avoid feeding them. Avoid giving them foods that are hard or have sharp edges like whole grapes, peanuts, or popcorn kernels because it can hurt their mouth and also get stuck in their throat. Also, avoid honey until they turn 1 year old because the immature digestive system may cause infant botulism which poses a great danger to infants.

If your kid has already graduated from 3 baby food stages without problems, then congratulations! They have successfully adapted to solid foods so now you can feed them whatever you want as long as it isn't something that will trigger an allergy for them.

What products are advised on stages 2 and 3?

At first, there is almost no difference between these 2 stages, however, while stage 2 is mostly fruit and vegetable, the 3rd stage includes more solids like cheese, etc. 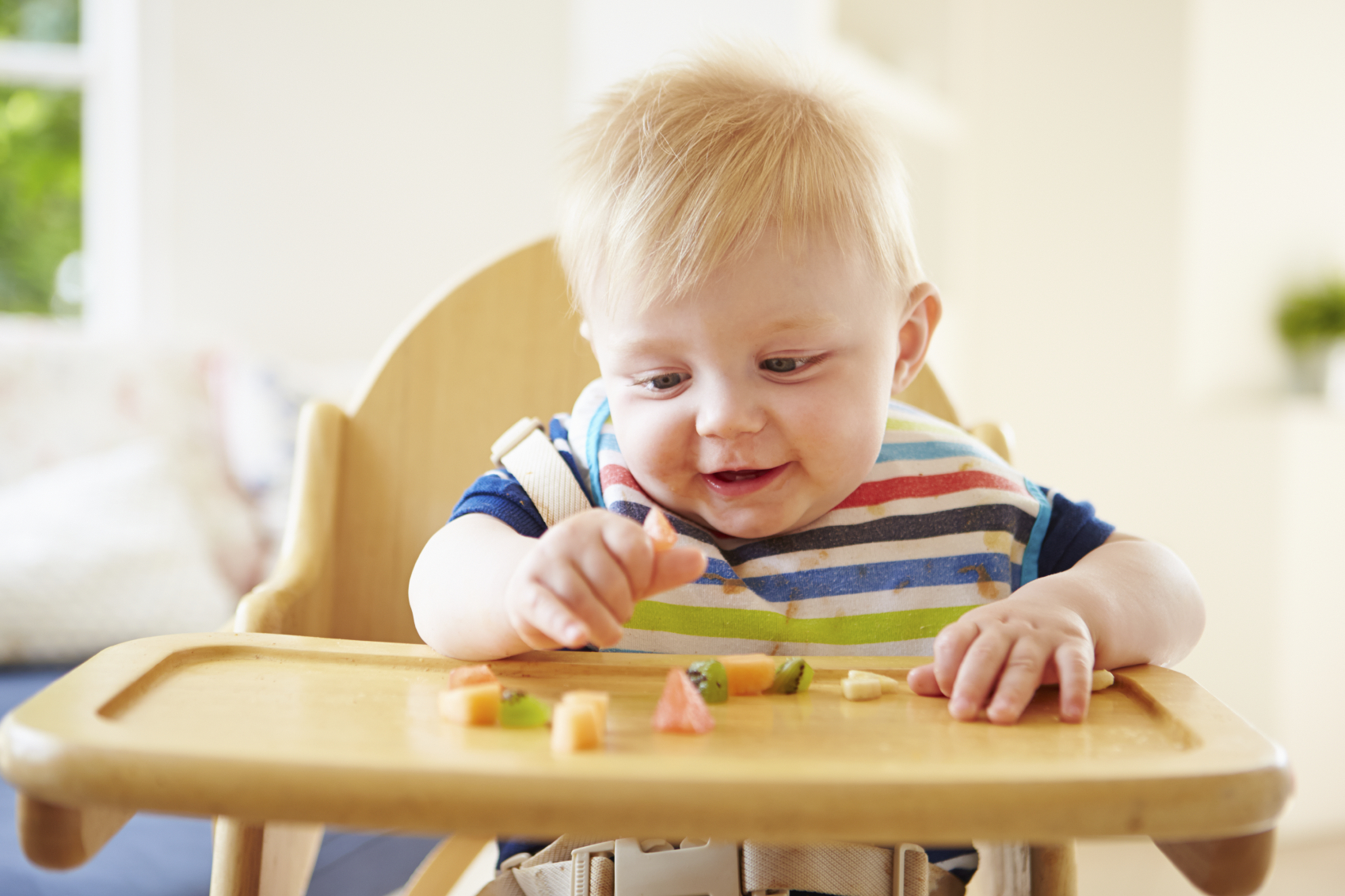 How to prepare foods for your kid at each stage?

It is important to know that in introducing new foods into your child's diet, you should introduce only one food at a time and wait for two to three days before introducing another. This is to ensure that if the child has an allergic reaction, then we will be able to tell what exactly caused it.

Foods given at stage 1 (starting solid foods) should be runny enough so there won't be any choking hazard. At this point, no salt or sugar is needed since breast milk and formula contain it already. However, don't take this chance lightly because there are still cases of food poisoning and choking in babies due to improper introduction of solid foods like giving them fruits like grapes or large chunks of meat at this age when they can't chew it yet.

At stage 2, food should be much thicker since babies already have a well-developed tongue that can mash or slice the food into fine pieces before swallowing. Also, introduce a new food at a time and wait for a few days to monitor if there are any allergies to certain types of foods.

At stage 3, there is no longer a need for runny foods so you can give them mashed meat with thick gravy-like consistency together with soft vegetables like carrots which baby can cut down fine by himself. It's also very important that by this time they already know how to swallow solid food without choking so the baby must be closely watched while eating his meal or giving him anything other than. You don't want your baby to choke at this age, do you?

How many times should they eat during each stage?

On day 1, the baby is only fed with breast milk or formula at least 3-4 times per day. Some babies are sleep for more than 8 hours so they don't have to be awake just to go through meals. It's their dad's job anyway!   Jokes aside, if your baby is waking up early enough for a meal then you can feed them after every 2 hours until they reach about 7-8 months old when they will eat more solid food and it may vary but usually one is enough.

For stage 2, make sure you give them nutrition by feeding them fruits and/or vegetables at least 4 times per day. This stage may take a while so if your baby is fussy and refuses to eat, don't force it because they will eventually get used to solids and meat in the 3rd stage.

At stage 3, feed them at least 4 times per day like stage 2 but make sure that each meal includes both fruits and vegetables or whatever solid food you want them to try out that time. Don't forget that we should give our kids milk at this point because dairy products such as cheese provide the protein needed for their growth.

When can we stop feeding our kids with breast milk/formula?

After every 2-3 months, your child would show signs of increased appetite which means they are ready to take on more foods than just milk and formula.

At about 4 months old, they would be able to drink water so they can skip milk for a while, and later on you can introduce juice which is okay but in moderation since it's high in sugar so don't forget to dilute them with water before serving or giving it to your infant. 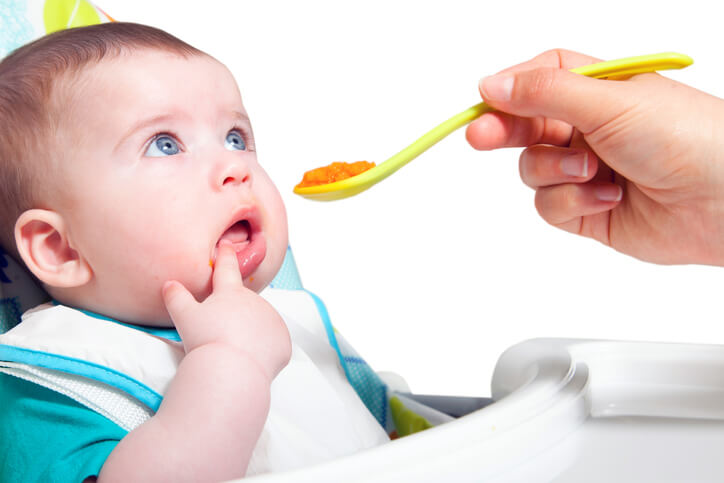 Don't give your kid vitamins yet because their body won't absorb the nutrients properly. Their digestive system is still developing at this time and they need to consume more food that has high amounts of proteins and minerals instead of supplements that may only contain 1-2% of that needed by an adult.

After about 7-8 months, you can introduce fruits like apples and bananas which are known to be high in vitamin C and you can make a puree out of it for them because they need fruits with seeds. You can also give your kid yogurt at this age since the bacteria in yogurt promote a healthy digestive system that prevents constipation and diarrhea.

At any point from 9-12 months, you can feed vegetables because their stomach has become more mature enough to absorb these kinds of foods already. However, keep an eye on green leafy vegetables since they may cause constipation or diaper rashes.

After 12 months old, you can give them cheese because it has good calcium needed for maintaining strong bones while meat contains protein that helps build muscles so don't worry about changing their diet we all know that children tend to be fussy at this age.

Their diet would also depend on their lifestyle such as playing too much may lead them to feel hungry more often and you can feed them healthy snacks like crackers, fruits, and veggies since they need a lot of energy for all the moving around.

Stage 2: 4 to 7 months old: Breast milk or formula + infant cereal + pureed fruits or vegetables 4 times per day (every 3-4 hrs) Fruit juice once a day in moderation