Surely, during pregnancy, you need to eat for two, but it seems you also need to drink for two! It has been found that 37% of pregnant women experience an increase in thirst during pregnancy.

The feeling of thirst is directly related to the consumption of water. This means that if your fluid intake decreases, so will the feeling of thirst. This may lead you to believe that your body doesn't need as much fluid as before, which is not true - you still have to drink enough!

What is the reason?

During pregnancy there are a few changes at play when it comes to being thirsty:

It is important to note that women should not be drinking extra fluids for the sole purpose of alleviating thirst during pregnancy! You have to drink enough water throughout your day, but not excessively - it doesn't make you less thirsty and can leave you at risk for overhydration.

Thirst is the body's way of regulating fluid intake according to your needs. Excessive thirst could also signal another underlying condition, especially if other symptoms are present as well: dizziness, dry mouth, or headache. This means it is safest to consult a doctor before increasing fluid intake because there may be another problem beneath the surface.

Most cases of excessive thirst during pregnancy are normal and harmless, but you should know that it could be a sign of gestational diabetes or preeclampsia. It is best to visit your doctor if you notice an increase in thirst (or any other change) and keep some fluids by your bedside. If you wake up thirsty at night, make sure to drink enough water before going back to sleep, as low levels of ADH lead to more frequent urination.

Do you really need to drink water?

We all know, that drinking too much water leads to edema and weight gain. But, if you ask what is the minimum amount of water you need to drink during pregnancy - the answer will be enough for your kidneys to function as normal, which means approximately 70 ml per kilo body weight (1 liter daily). This figure changes depending on many factors, such as hot or cold weather and physical activity.

If you are drinking enough fluids and still feel thirsty, it might be a sign that you need to eat more food with high fluid content, such as fruits and vegetables - especially cucumbers! It also may mean that your kidneys don't work properly. In this case, we recommend visiting a doctor, because there could be another problem too - like gestational diabetes.

When pregnant women complain about feeling thirsty, it is important to find out the cause. It could be just normal pregnancy thirst - it's no reason for concern. But excessive thirst can also signal another condition like gestational diabetes or preeclampsia. If this is the case, you should visit your doctor as soon as possible.

Eating for two doesn't mean drinking more than necessary! Drink enough water during your day without overdoing it, because it won't make you less thirsty but instead might lead to some health problems like edema or weight gain.

What can replace water?

Water is the best drink for you. However, there are other beverages that can contribute to your daily fluid intake.

You can still drink water while pregnant - it is safe for both mother and baby! But make sure to drink the right amount depending on day conditions - not too much or too little.

When do you need to worry?

The most common cause of excessive thirst during pregnancy is gestational diabetes. It develops in approximately 2% to 5% of all pregnancies and increases the risk for preterm birth, having a large baby, and cesarean section.

If you notice an increase in thirst with other symptoms such as frequent urination (more than seven times a day) or unexplained weight gain (over 2-3 pounds per month), it's time to call your doctor as these could be signs of preeclampsia. This condition is characterized by high blood pressure and protein in your urine. Left untreated, it can lead to severe problems for both mom and baby: placental abruption, seizures, and stroke, so don't hesitate to get help!

Also, if you notice other symptoms such as rapid heartbeat and shortness of breath, it probably means that your body is becoming dehydrated. It doesn't mean that anyone with excessive thirst during pregnancy has diabetes or preeclampsia, so don't panic - only a doctor can diagnose these conditions.

How do I know if I should drink more fluids?

It is common for pregnant women to become thirsty, especially during the last trimester. But if this increased thirst continues outside of those nine months and reoccurs in future pregnancies, you may have an underlying condition known as polydipsia. This is not dangerous but can signal another problem, namely diabetes.

If you are worried about your fluid intake or develop signs of any of the previously mentioned conditions, call your doctor straight away. Always remember that being thirsty is normal but you have to keep drinking enough fluids to stay hydrated. 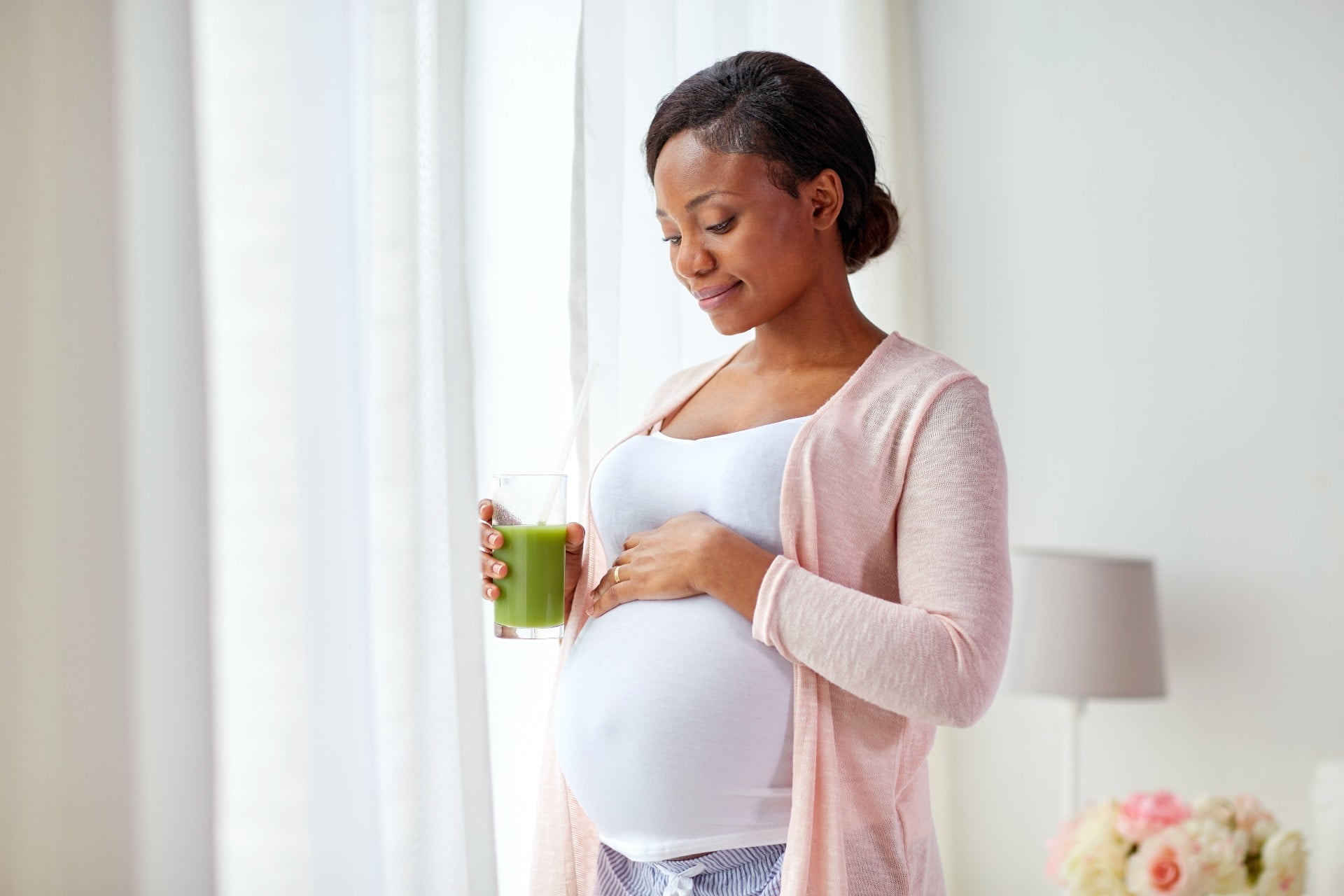 If you feel like your body requires more water than before, it's probably just a case of pregnancy hormones playing with your mind - try to drink according to what you feel and pay attention to any other changes.

What is the reason for excessive thirst if you are not pregnant?

It is common when you are dehydrated to feel like drinking more water. If this feeling continues when not pregnant, it can indicate diabetes or kidney disease. In this case, your excessive thirst is caused by high blood sugar levels or a problem with the kidneys.

If you are not sure, ask yourself these questions: Do I have frequent urination? Am I thirsty all the time? If yes, how many glasses of water do I need to drink to be satisfied? Do I feel nauseous? Is my stomach bloated? Is there any weight gain without changes in diet and exercise routine?

If you answer "yes" to one or more questions, talk to your doctor about it in order to get proper treatment! Just make sure that during pregnancy your thirst will be quenched with water only (no caffeinated drinks though) and if symptoms like nausea persist, ask for medical help.

What other issues should you pay attention to while being pregnant?

Not only excessive thirst may be a symptom of a disease, but also vomiting if it's persistent or morning sickness that doesn't respond to medications. Other symptoms of dehydration during pregnancy include dark urine, dry mouth, and rapid heart rate.

What should you do in order to stay healthy?

If you are pregnant, make sure to drink enough fluids - no more than two glasses per week though!

Warning signs of dangerous conditions while being pregnant: frequent urination (more than seven times a day), unexplained weight gain (over 2-3 pounds per month) or rapid heartbeat combined with shortness of breath. If you notice any of the above-mentioned symptoms outside the pregnancy period, ask your doctor about it immediately!

Also bear in mind that excessive thirst is common but not obligatory - there are other causes for nausea, vomiting, and/or frequent urination so don't panic! Only a doctor can diagnose the exact cause of these symptoms, so if you're pregnant - consult your doctor as soon as possible! When to see a doctor?

It is important to monitor thirst during pregnancy to stay hydrated and healthy. However, excessive thirst accompanied by other symptoms such as nausea or vomiting, rapid heartbeat, or weight gain that's not connected with changes in diet and exercise routine indicates dangerous conditions like diabetes, preeclampsia, or kidney disease which require immediate medical attention.

Also, pay attention to warning signs like dark urine and dry mouth which mean low water levels in your body and may result in dehydration (which leads to serious complications). Other symptoms you should be concerned about are the rapid heartbeat and shortness of breath.

If you are not pregnant but still notice any unusual changes in your body, make sure to see a doctor as soon as possible!

Excessive thirst during pregnancy is not always a sign of diabetes, but you should still see your doctor make sure everything is ok. Also, if symptoms like nausea, vomiting, or shortness of breath persist, consult the doctor immediately. With proper treatment and care, expectant women can stay healthy and hydrated through their pregnancies!