Kids are always energetic and love to play. Playing is very important for the overall growth and development of a child. It helps in their physical, emotional, mental, and social development.

There are many different types of games that kids can play. One such type of game is paper games. Paper games are simple and easy to play. They do not require any equipment or special skills. All you need is some paper and a few players.

Paper games are a great way to keep kids entertained and engaged. They are perfect for rainy days or long journeys. They can be played by kids of all ages and can be enjoyed by groups or individuals. What are the benefits of paper games for kids?

Getting back to the basics helps in improving their minds and thinking processes. Playing simple games like paper games improves their problem-solving skills, ability to concentrate, memory power, and logical reasoning skills. Paper games help in developing creativity since there are no pre-determined rules for these games. Kids can be creative while playing it depending on how they want to play the game with the given set of rules. These activities help in building confidence among kids when they win or lose against their opponents depending on how the game is played. They also teach them sharing, turn-taking, and interpersonal skills.

Paper games for kids are not only entertaining but also educational at the same time which makes them an activity worth looking out for during leisure time.

This is a very popular game that can be used as an icebreaker. It is quite simple and requires only one player. All you will need are some sheets of paper, a pair of scissors and somewhere to cut the papers such as a ledge or floor.

To begin the game, fold a sheet of paper in half. Slice it with scissors along the crease so that each side comes open like a book. Now ask your child if they want "Rock" (paper) or "scissors" (the two sides). Let's say their choice was rock (paper).  Hold up your fists together-fists represent "scissors." Now, quickly uncurl your fingers one at a time as if you're opening them up-representing the unfolding of a paper. If you get to the fourth finger before your opponent does, then you've won! If they get there first, then they win.

This is another simple game that can be played by two players or teams. You will need some paper and pencils for this game.

To play, draw a 3 x 3 grid on a sheet of paper. Players take turns marking an X or O in any square on the grid. The player who can get three of their marks in a row either horizontally, vertically or diagonally wins the game.

This is a great game for when you're on the go. You will need a piece of paper and something to write with.

To play, one player chooses an object in their surroundings and whispers it to the other player. The second player then tries to guess what the first player is thinking of by asking questions that can be answered with a yes or no. For example, "Is it big?" or "Is it colorful?" If the second player guesses correctly, they get to choose the next object. If they guess incorrectly, the first player gets another turn.

This is a fun and fast-paced paper game for kids. It requires two to four players and you will need some paper plates and marbles or other small round objects as the "hippos."

To play, lay out all the paper plates on a flat surface and place one marble on each plate. Now, players take turns rolling the die. Whatever color they land on, they get to keep those colored "hippos" but they also have to feed them by placing their hands behind their back and bringing the paper plate towards their mouth as a hippo would do. If at least one of your hippos eats all of its dinners before anyone else's, then you win! 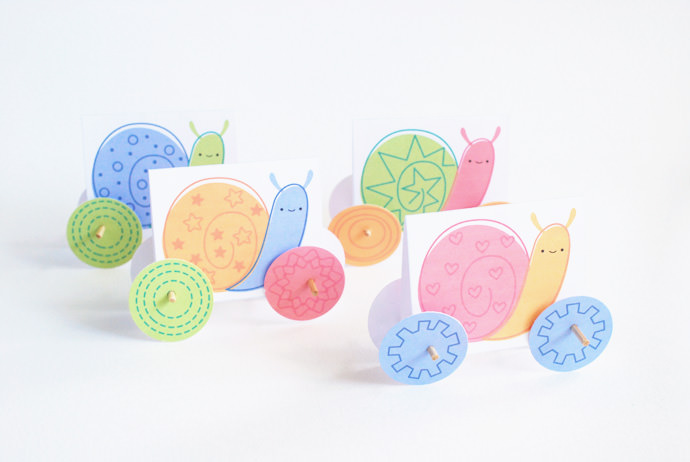 This is a two-player game. You will need some large sheets of paper and pencils for this game.

To play, draw a long, straight line on each sheet of paper. The first player draws the head of the snail near the starting line while the second player draws its tail at the opposite end of the line. Next, blow up an air balloon and fasten it to one end of the paper with tape or glue so that it hangs just over the drawn line. Now each player takes turns blowing up their balloon until they are ready to race.

When players are ready to go, have them release their balloons so that they fly down towards their opponent's side, carrying their snails along behind them. The first player to have their snail across the finish line wins the game.

This is a great paper game that can be played individually or with two to four players. You will need some small paper, pencils and something to write with for this game.

To play, take your paper and draw a circle in the center using your pencil. Then divide it into four quadrants by drawing lines from each side of the circle towards its center. Each quadrant should have roughly an equal amount of space inside it. Now, label each one "Right," "Left," "Up" and "Down." Hand out another paper to each player along with a pencil or pen that has been used so they know not to use it again.

To start the game, players take turns drawing a line in one of their quadrants that will either go towards or away from the center circle. They can only draw one line at a time and cannot cross over another player's line. If your line ends up touching their line, then they are out of the game until only one person is left, standing-the winner!

This game requires the least amount of preparation out of all these paper games for kids. You will need some large sheets of paper and pencils for this game.

To play, first, draw a grid on your sheet; make it any size you like but be sure that it is bigger than your piece of paper. Mark each box with either an X or O. Next, take turns drawing lines between adjacent dots until one player fills up their entire sheet of paper with their marks. The winner is the player who finishes first!

This is another great paper game that can be played with two to four players. You will need some large sheets of paper, pencils, and something to write with for this game.

To play, divide the sheet of paper into four equal squares using lines drawn from corner to corner. In the center square, write "Pictionary" and then draw a small picture to help get you started. Players take turns choosing one of the other squares and then must draw a picture that best represents the word or phrase written inside it. The other players then have to guess what the picture is and write their answer in the corresponding square. The first player to fill up their entire sheet of paper (or the player with the most correct guesses) wins!

This is a two-player game that can also be played with more than two players by using several sheets of paper. You will need some large sheets of paper and pencils for this game.

To play, first, draw a ladder on your sheet of paper with at least five rungs. Players take turns choosing a letter from the top of the ladder and then must create a word using that letter that is connected to the word above it. The player then draws a line from the last letter of their word to the first letter of the word above it. If they are able to make another valid word using that new letter, they can continue up the ladder in the same way. The first player to reach the end of the ladder or the player with the most steps is the winner!

This is another great game for two players. You will need some large sheets of paper and pencils for this game.

To play, first, choose a word that each player will try to scramble. It can be any word you like but it should be at least six letters long. Write the scrambled word in the center of your sheet of paper and then draw a spiral starting from the middle of the word and going outwards. Players take turns choosing a letter from the spiral and must unscramble it to spell the chosen word. If they are able to do so, they write the letter in the corresponding spot on their sheet of paper. The first player to spell their word correctly or the player with the most correct letters wins!

This is a great game to play when it's cold outside! You will need some large sheets of paper, pencils, and something to write with for this game.

To play, first, draw a large snowman on your sheet of paper. Players take turns choosing a letter from the snowman and then must create a word using that letter that is connected to the word above it. The player then draws a line from the last letter of their word to the first letter of the word above it. If they are able to make another valid word using that new letter, they can continue up the ladder in the same way. The first player to reach the top of the ladder or the player with the most steps is the winner!

This is just a small sampling of the many different paper games that kids can play. Paper games are simple, easy, and fun for all ages. They are perfect for rainy days or long journeys and can be played by groups or individuals. So next time you're looking for something to keep the kids entertained, why not try a few paper games? You may be surprised at just how much fun they can be!