What is a musical night light?

A musical night light is a type of nightlight that, instead of projecting images onto the walls, projects sound. Examples of this kind of device are toys like Sing-A-Tune Night Light (which plays six different lullabies), Fisher-Price Glow 'n Groove Musical Mobile (plays four melodies), and Ocean Wonders Kick & Play Piano Gym, which can play 10 minutes of classical music or tunes from Sesame Street.

Why would I need one?

Some parents find that their child calms down more easily when they hear soothing music playing in the darkness. If you think your children will benefit from being able to see something actually moving on the walls besides shadows cast by trees blowing outside, then this might not be for you.

Also, if your toddler is not a big fan of music and likes to be soothed by sounds like ocean waves, then maybe it is not the right night light for you.

If your child does not sleep well at all—many children need white noise or some sort of background noise in order to fall asleep quickly and stay asleep—then using a musical night light might calm him down enough that he will start sleeping better.

It can help mask outside noises that might disrupt his sleep, such as barking dogs, playing with children, sirens, etc., and produces gentle sounds. This way the music doesn't disturb the child either. Also good for a child who wakes up afraid in the middle of the night. Some children like to fall asleep listening to music, which makes this a good solution for the parents of those children.

How does it work?

The night light usually contains either battery or can be plugged into an electrical outlet. It projects moving images onto the wall—for example, stars that twinkle and clouds that move slowly across the sky. The device itself often has buttons on it (or remote control), allowing you to choose between several songs or sounds.

There are different types of musical night lights:

Things to consider when choosing a musical night light

When you want to purchase one, there are some things to keep in mind.

First of all, is the sound that it produces loud enough for you? Very young babies slumber comfortably through almost anything, but older children might need something louder. Can you turn up the volume without waking your child up completely?

Consider how big the night light is and whether or not this will fit on your nightstand or somewhere else close to your baby's crib. Also, think about where you would put it during the day when your toddler no longer needs a musical night light. 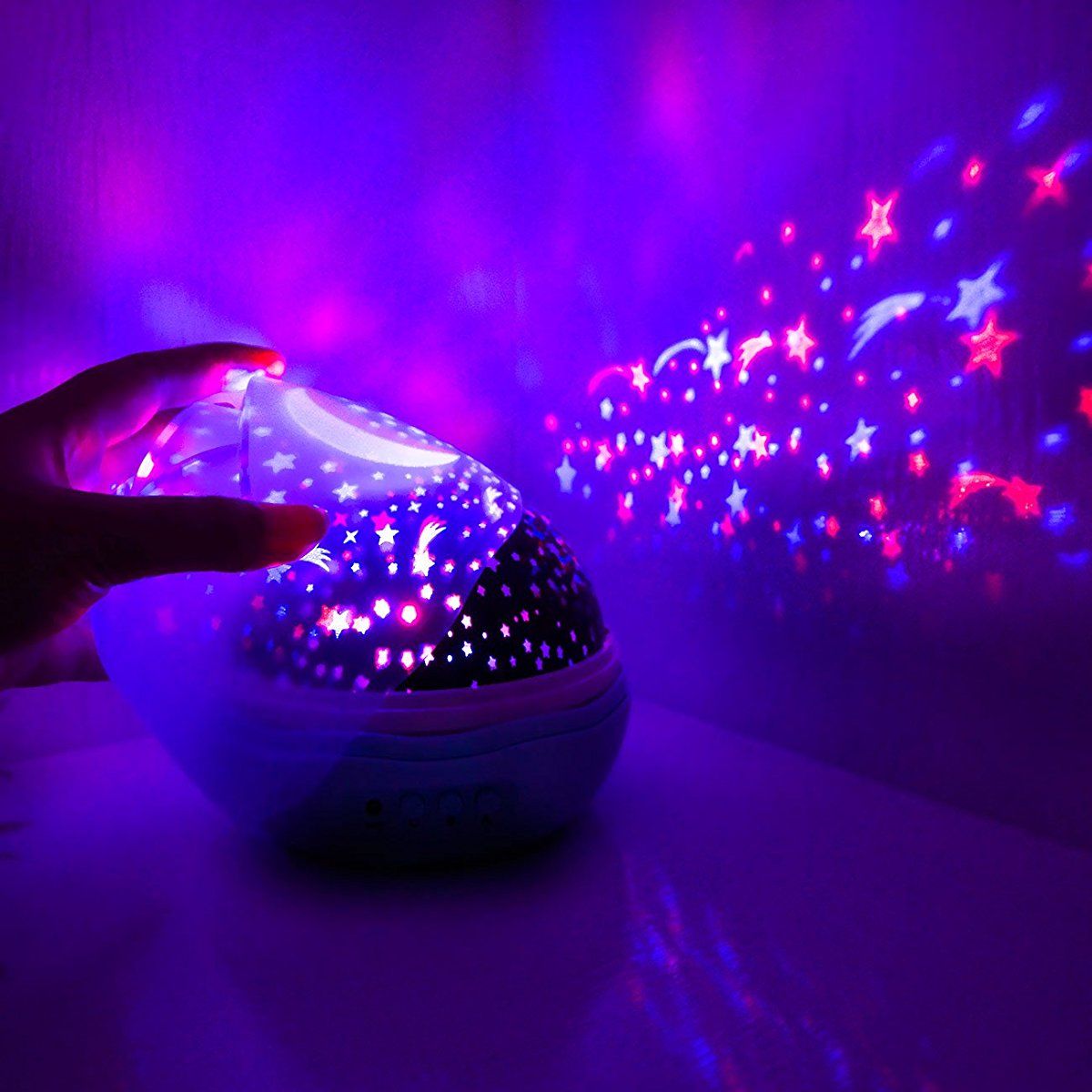 Check if the device itself has buttons with which you can adjust the volume, change songs or sounds, etc., or if you are limited to what comes out of the unit itself. Some night lights come with a remote control that you can use to switch the music off or on without getting out of bed.

Keep in mind how old your child is before purchasing a particular device. For example, if your toddler spends most of the day outside playing and only naps once or twice a day, then using a sound machine might not make much sense because she won't fall asleep every time to the sounds coming from the night light itself.

In this case, you would probably find more benefit from something like an Ocean Wonders Aquarium by 4Moms.

But, if your child isn't sleeping well, then a musical night light might provide just the trick to get him or her to fall asleep and stay asleep through the night. It could immensely improve the quality of your baby's and your own sleep at nighttime, which can lead to improved moods, more energy during the day, etc., so it's definitely worth giving this a shot! 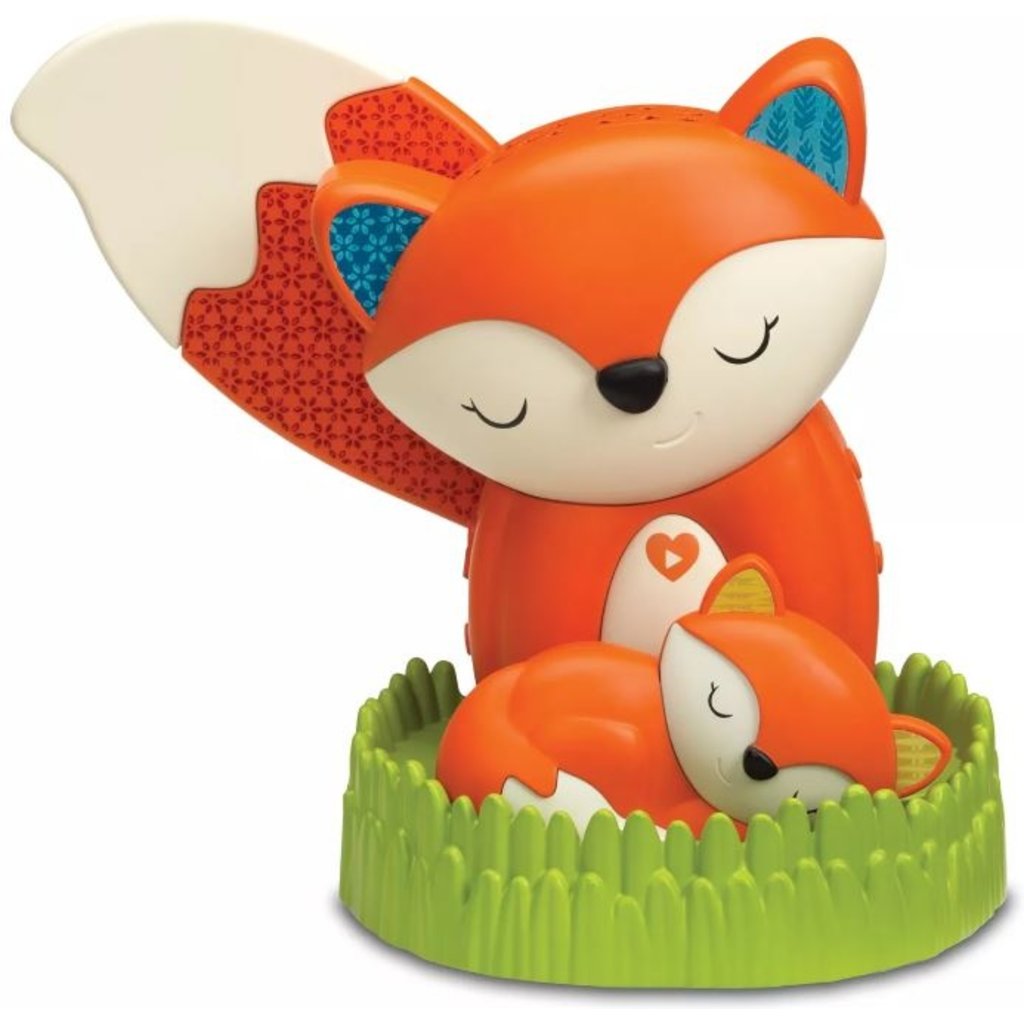 What are additional options for a musical night light?

The adjustability of brightness: when you're shopping for a musical night light, one thing you might want to consider is whether you can adjust the brightness of the projection. Many products like this project an image that is bright enough that it lights up the room; but if your child is afraid of the dark and needs something not as bright, you might want to look for one with adjustable brightness.

Timer: some musical night lights have built-in timers so they automatically shut off after a certain amount of time (normally 30 minutes). This might be useful if you don't want to use all your batteries up or have to keep turning on/off the device from day/night mode.

Sound effects: electronic music without lyrics has become popular in just about every area of life, including children's toys. While some parents like to use musical night lights with no sound effects or music at all; others prefer products that play music. If your child is picky about the kind of music they listen to then you might want to look for one with adjustable volume/songs so you can choose something they will enjoy.

Safety features: if you're buying a product like this for an infant who might be able to roll over themselves while sleeping, it might be important to consider whether the device has an auto shut off in the event of an accident (so it won't get damaged).

Some products also have retractable legs on them which allow them not only to stand up on their own without requiring anything underneath them; but more importantly, they also act as bumpers so your child's body doesn't get caught between the rail and the night light while they sleep.

Night vision: even if you provide enough light in your child's room while they're awake; when they're sleeping it can be difficult to see them without turning on overhead lights. Some musical night lights have special sensors that allow them to sense movement (such as breathing). They automatically turn on when someone walks into the room or goes up/downstairs which makes it easier for parents who are trying not to disturb their children's sleep.

Can you make a musical night light yourself?

In case you do love making DIY projects or are fond of tinkering with things, this might be a fun project for you. There are many tutorials online where you can learn how to make your own musical night light with supplies like old CDs/DVDs, egg timers, and lights that change color. You can also purchase kits on sites like Etsy that will provide all the necessary items for assembly purposes.

One of the simplest musical night lights can be made with an old CD, some tacks, and a string of lights. First, you'll need to poke holes in the middle of the CD using a push pin/tack (you can do this with just one tack if that's all you have).

Then use hot glue or another fast-drying glue product to attach your string of lights around the outside edge of the hole so only the inside is exposed. If you choose not to purchase lights like these, any set will do as long as they are not very bright because it will bother sleepers' eyes. Next, tie your string onto something so it hangs over your child's crib; then turn it on when they go to bed for a fun illumination effect.

You can also make another paper-based musical night light using a large circle, CD, and some LED lights. Draw your child's name on the circle (this will also give you something to hang it from) then cut out that circle as well as another one exactly like it.

Stick the smaller circle inside of the larger one and use tape to keep them together. Glue the string of LED lights onto this paper disk; then attach a hole at the top and bottom (using a push pin/tack) where you can put a piece of sturdy string or yarn through both holes and tie it onto something safe like their crib railings. When they go to bed, turn on for an interesting effect.