Why does the voice change?

The growth of the larynx is an indication of the hormonal changes that begin at puberty. Its size and shape affect the sound of a person's voice during speaking or singing.

Puberty is a natural part of growing up that many people experience as they mature from children into adults. It is a time when a person becomes capable of sexual reproduction, achieves physical changes associated with adulthood, and develops more finely tuned social skills.

In males, puberty involves an increase in the amount of testosterone produced by the body. Testosterone encourages secondary male sexual characteristics to develop. One such change is the development of a boy's larynx (voice box).

When does it happen?

During puberty, testosterone triggers the full size and shape of the boy's larynx to slowly emerge over several years. This growth begins at about age 14 for most boys but may start as early as ages 9 or 10 or as late as 16 to 18 years old. The average age for voice change is 14.5 years.

Voice change usually progresses in a sequence of stages that can last anywhere from a few months to several years, with the most dramatic growth occurring during the first year or two after the onset of puberty.

This stage may last for up to two years and usually begins when the boy's voice breaks. At this point, the vocal cords (also called vocal folds) separate and produce divided sounds such as "ah" and "uh." This will be accompanied by an immediate deepening of the pitch of the voice.

During this time boys may speak in slightly higher pitches than usual because their larynx is still growing and has not reached its adult male size and shape. As they get closer to achieving their adult male voice, however, their voices will deepen. This initial growth in pitch and vocal-fold length is called pitching.

After the pitching period, boys may speak for several more years with a voice that is still changing. The larynx is constantly growing and developing during this phase, which can continue for one to four years after the onset of puberty. The voice does not sound any different than before, but it is now made up of adult-size and -shape vocal cords. The final result sounds much like a man's voice.

What other symptoms follow the voice change during puberty?

Boys may also experience other changes during puberty. The issues that affect male development may include physical growth spurts, the appearance of pubic hair, and acne among others. Moreover, some specific changes to the voice may occur for some boys. These include:

Pubic hair, for example, is something that most boys are even proud of because that means that they are growing into men. They should not be embarrassed by such things because it's perfectly normal, just like voice change. 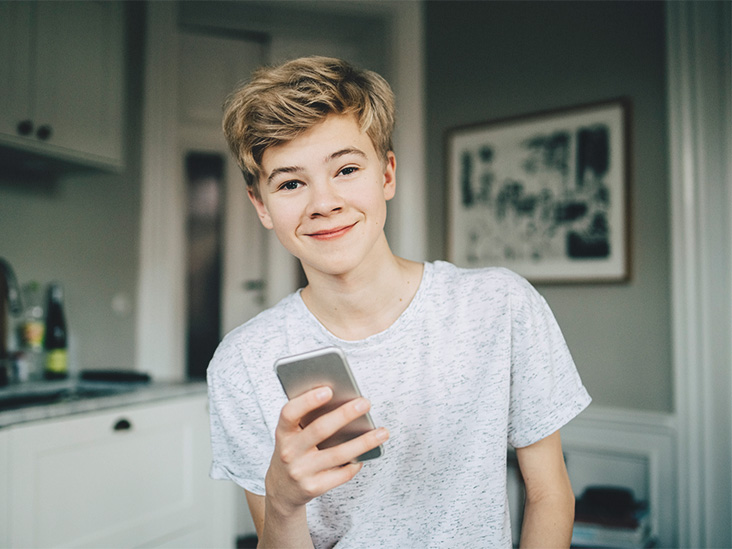 The growth spurt is also absolutely ok. The body is growing up, so the voice will follow it. That doesn't mean something is wrong with you or your voice. It's important to note that puberty includes a lot more than just his voice change. If any of these symptoms are debilitating in nature, then treatment might be needed for comfort. Otherwise, there's no need to worry about this natural part of growing up!

Many biological changes take place when a boy matures into an adult man, and the development of his larynx is one such change. It takes time and patience to accept and adjust during puberty, but most boys get there eventually.

What do you need to know about voice change?

Your son has probably been warned by his friends that he will "sound like a frog" after his voice breaks because of the drastic changes that occur in pitch and quality. How much truth is there to this? Well, if your son's pitched voice was higher than typical for even younger boys, it may now sound rather deep and masculine at first.

But as we explained earlier, the boy must allow his larynx to grow unhindered during pitching or it will not develop properly later on. Once this phase is complete and the larynx is stabilized in its adult size and shape, the new male voice will likely be just as deep as that of other boys his age. So in most cases, there is no such thing as "sounding like a frog"!

After the pitched phase is completed and the voice has settled in, there may still be some changes in pitch until your son reaches maturity. Specifically, his voice will gradually deepen to its adult male range: within one or two years for many boys and possibly not until four years after the onset of puberty. At this point, your boy's larynx should have matured into its adult size and shape. Thereafter, it will usually remain stable throughout life, which means that he can be expected to retain it into old age.

What discomfort voice break causes to your boy?

When your son's voice breaks, he may be embarrassed by the change in pitch. Once he allows his friends to hear what his new voice sounds like, however, most boys are not self-conscious about it. However, for a few boys, the tension of keeping up appearances can lead to symptoms of stress or related conditions such as stomach cramps or ulcers. So it is important to be particularly supportive and reassuring during this time.

Your son may feel uncomfortable for another reason: his new voice is likely to be lower than the one he has always used. Some boys may even complain that they cannot think of anything to say with their low voices because it feels as if their thoughts are too far above the ground! This problem typically disappears in time, however, as boys get used to speaking with a deeper pitch.

How can you help your child?

An adolescent boy going through voice change is usually self-conscious and may have a low opinion of his new voice. The mother's support can help him get through this difficult phase in a more positive way. So, as a parent, you should talk with your son about what is happening during voice change. You can explain, for example, that his voice will not always be in the process of changing but will eventually settle to a male pattern. 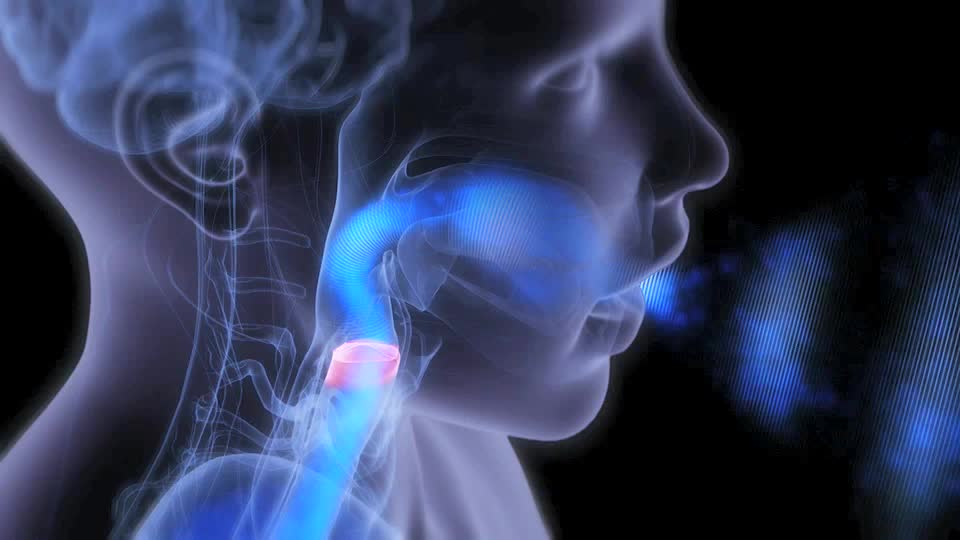 Telling your son how proud you are of him can also boost his confidence. This may seem slightly odd considering the awkwardness he feels about his new voice, but it is important because self-esteem can help to buffer some of the emotional effects of social stress.

What are some ways to make my child feel comfortable with his new voice?

Encourage him not to compare his own voice with those of others. He may sound less "macho" at first because he has only recently entered puberty whereas most other boys have been pitching and changing for a while, or his voice may still sound slightly less deep because it has not yet reached its final adult size and shape.

This period may be tough for your son, so it is important for you to be supportive. He will likely feel a bit embarrassed and awkward speaking with a new voice, but the more willing he is to talk about it with you, the more comfortable he will become with his new sound. If needed, seek professional help from a doctor or speech therapist.

What does it mean for my boy if his voice breaks before everyone else's?

The mother needs to be particularly supportive and reassuring during this time. Your son may feel uncomfortable for another reason: his new voice is likely to be lower than the one he has always used. Some boys may even complain that they cannot think of anything to say with their low voices because it feels as if their thoughts are too far above the ground! This problem typically disappears in time, however, as boys get used to speaking with a deeper pitch.

So, how can you help your child? An adolescent boy going through voice change is usually self-conscious and may have a low opinion of his new voice. The mother's support can help him get through this difficult phase in a more positive way. So, be sensitive to your child's feelings, never tease him about his voice and keep an eye out for any warning signs of social anxiety.

As with all other changes associated with puberty, the first step is to take it in stride. Fortunately, this awkward phase does not last forever! Once puberty has finished progressing, your son's voice will have settled into a mature male pattern that he will be able to use confidently for the rest of his life.

When should you worry?

So, what is the balance between normal puberty changes and abnormalities? There are some significant deviations that must be brought to the attention of a doctor. These include sudden changes in voice pitch, hoarseness or loss of voice lasting more than four weeks, pain associated with speaking or breathing, and any change in the quality of the voice. 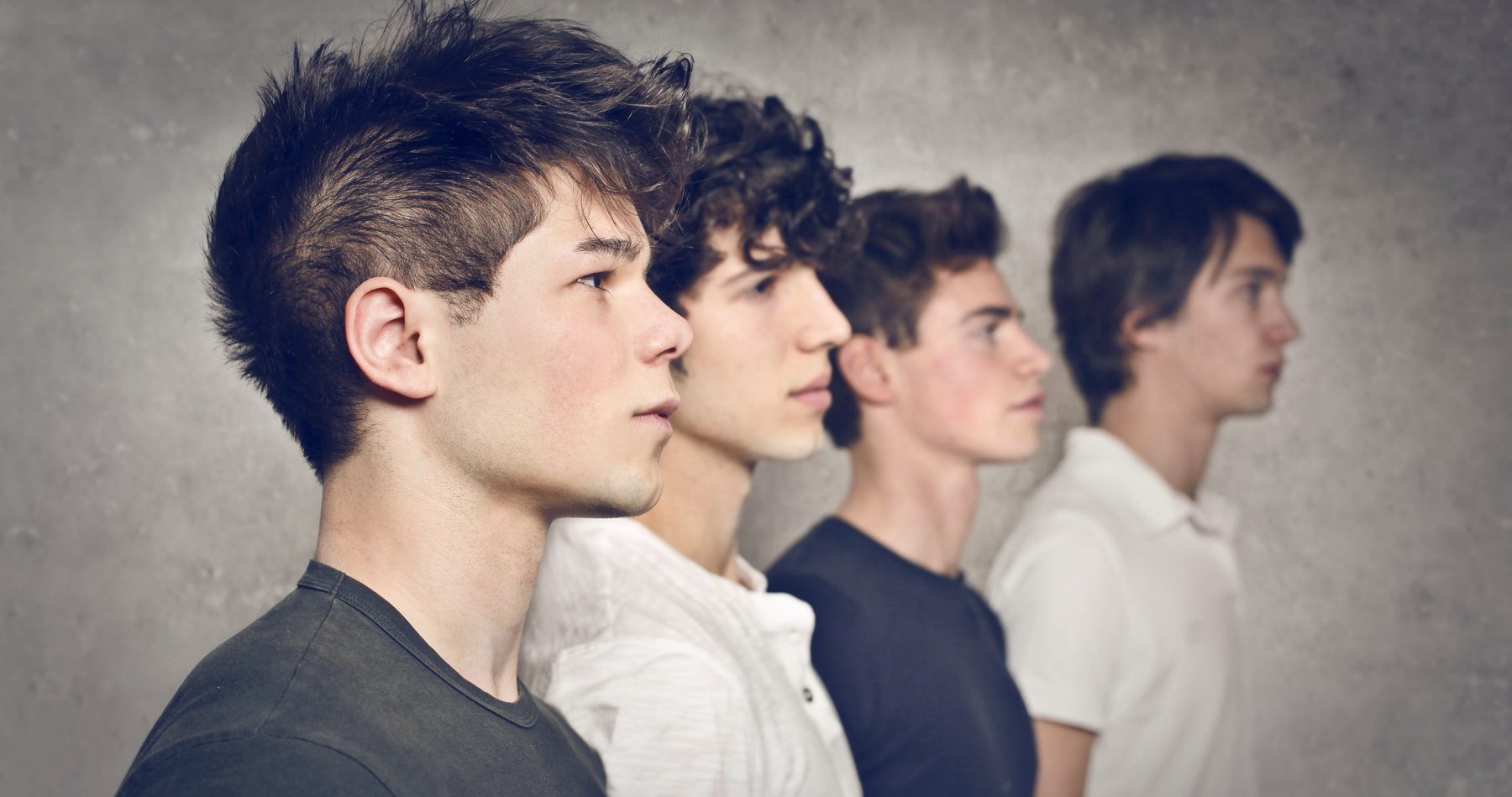 If you have any concerns or feel your son is exhibiting symptoms atypical for puberty, it is important to seek professional help from a doctor or speech therapist. Firstly, you should take your son to the doctor if he develops any of the following symptoms:

If you're not sure whether your child's condition is normal or requires medical attention, check with his doctor. You can also ask whether you should be concerned about other signs and symptoms that are common during puberty but might be cause for concern when they appear after the voice change begins.

All these changes can be hard to get used to. But the best way for your son to cope with voice change is to know what's happening and what he can do about it. Understanding the causes of his discomfort will help him take control of this awkward time in his life, rather than letting it ruin his confidence or make him feel inferior compared with other guys going through puberty.

Some boys have a slightly higher-pitched voice when they go through puberty. This is normal because their vocal cords are shortening and widening as a result of hormonal changes during puberty. Boys' voices may also sound squeakier when they laugh, shout or strain while speaking before their voice is fully mature.

As a parent, the best thing you can do for your child during this time is to offer them encouragement and support. You should be particularly sensitive to their feelings and guard against teasing or mocking a boy because of a voice break.

When your son's voice breaks, it doesn't mean that puberty has finished. His body will continue developing into an adult male one in the years ahead. If you have any concerns about your son's health or behavior, always ask his doctor for advice.